This article was originally published in 2016 and is frequently updated

British researcher and ‘conspiracy theorist’ who was visiting Poland to give a talk about his research into UFO’s was found dead on a sofa just days after sending a fearful text to his Mother.

Max Spiers, 39, was starting to make a name for himself in the realm of alternative research specifically into the topics of UFO’s and government cover-ups. Like many researchers in this field, he began to seem worried that his line of work was making him a target to those that do not want specific information known.

In a chilling text to his Mother, Vanessa Bates, days before his death, Spiers wrote:

“Your boy’s in trouble. If anything happens to me, investigate.”

Max’s body was then found just days later in Warsaw, Poland. He was ruled to have died from natural causes, even though at the time no post-mortem examination had been done on his body.

Now Vanessa strongly believes that it was her son’s thorough investigations into the aforementioned topics that have made him a target to those who would rather have this information kept a secret, therefore becoming enemies to Max, -enemies who may very well have wanted him dead.

According to Vanessa: “He was making a name for himself in the world of ‘conspiracy’ theorists and had been invited to speak at a conference in Poland in July.

“He was staying with a woman who he had not known for long and she told me how she found him dead on the sofa.

“But I think Max had been digging in some dark places and I fear that somebody wanted him dead.”

A Little More About Max Spiers…

Max was from Canterbury, England and had managed to make a career out of his research and investigating unexplained UFO sightings and alleged government cover-ups. He had recently begun delving into the lives of many well-known figures in politics, business and entertainment.

He had started a blog called ‘Where Truth Meets Heart’ here is where he posted, his thoughts, ideas and research. 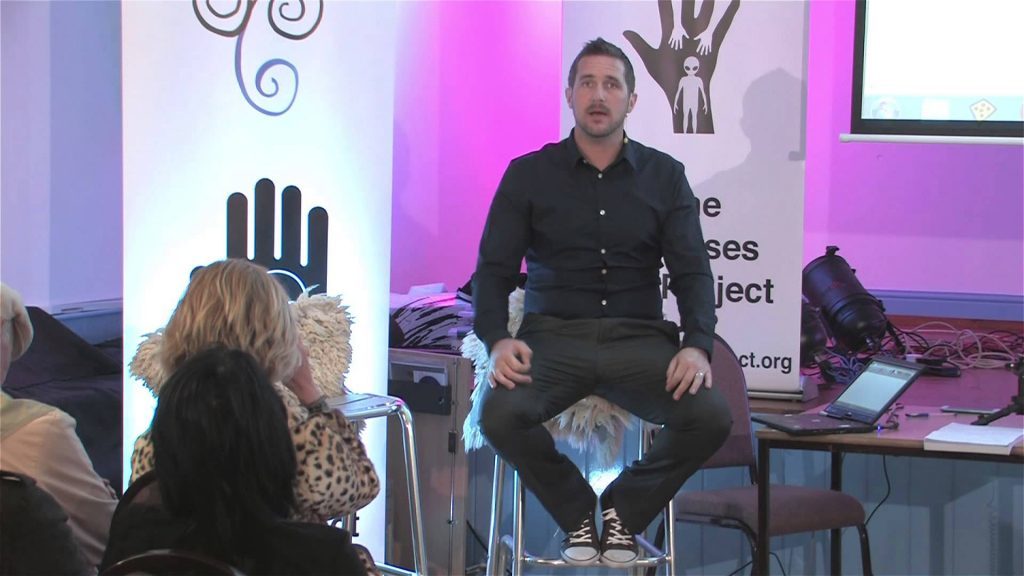 A quote from Max on his blog says: “I’m very excited to begin this journey and I will be blogging my journey and findings in a way that I’ve never done before. It’s time to disintegrate the last vestiges of the thinning veil for good and I hope this blog will be a tool to do so.

“We can’t be stopped now and I’m going to go into considerably more detail than I ever would or could on Facebook.”

“This has allowed me to find answers to questions in the immediate world around me.

“The entertainment industry is too full of ego traps and smoke and mirrors to give me any direct information.”

In regards to his unwavering belief in extraterrestrial life he said: “We are receiving all kinds of help from masters, ETs and extra dimensional type angelic beings, and learning very quickly to go inward. The more we are able to go in and listen to that still quiet voice within us, the more we will be in tune with the changes that are occurring around us, and ultimately free us from this ultimate form of control. “

Did Max know something that those in power did not want to be made widely public?

What Other Researchers & Theorists Are Saying About Max’s Unexpected Death

Because of his unexplained death and the way it was handled, many of Max’s online followers are absolutely convinced that he was assassinated by government agents. While this is speculative at this time, this wouldn’t be the first time people believed the shadow government was responsible for “freak accidents,” “unexpected,” or “natural causes” type of deaths of people who spent their lives trying to expose the truth about various controversial topics.

On a website called Project Camelot a blogger wrote: “The entire circumstances are suspicious and I urge everyone to encourage the release of details about what really happened and call for an autopsy.”

And another Craig Hewlet added: “If it wasn’t true what he talks about then why would they kill him? Healthy people don’t just get sick and die, they get poisoned.”

All of this information is what led Max’s mother to start believing these theories as well.

She added: “Max was a very fit man who was in good health and yet he apparently just died suddenly on a sofa…

“Apparently, he had not suffered any obvious physical injuries but he could have been slowly poisoned, which is why the results of toxicology tests from his post-mortem are so important.”

According to Yahoo News: “A post-mortem examination was carried out by a pathologist in east Kent, but Vanessa says that more than two months later she still does not know the result, or whether there will be an inquest.

The North East Kent coroner’s office would only confirm the death was at the ‘very early’ stages of investigation.”

What Can We Take Away From This?

Don’t let Max’s death be in vain. Spread this information, share this article, share his blog and other research with others; if enough people realize that this kind of thing is taking place on a regular basis then the more we stand a chance to do something about it.

Expose the elite and their corrupt actions. As Max asked his mother before his death, investigate and demand authorities to conduct a more thorough investigation. Stand up for what you believe in. Do not be afraid, because fear is only a means of control and without it, those who are in power have none.

By: Alanna Ketler via collective-evolution.com