(TA) Skylar Neese was a 16-year-old girl whose parents could never be prouder of. She was the only child of Dave and Mary Neese, and even at a young age, she had already shown great potential.

Skylar had a 4.0-grade point average and was working part-time at a fast food restaurant, all while keeping an active social life. Like most teenagers, she regularly went out with friends and attended a few parties. According to her parents, their daughter was a “bubbly person” who always went out of her way to please her friends. 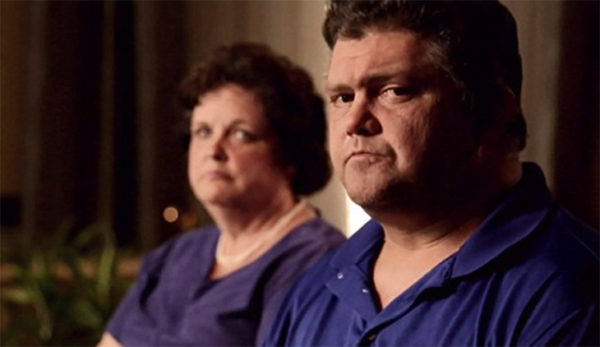 Skylar Neese and Shelia Eddy were best friends since they were 8. According to Dave, Shelia was a part of their family. They even treated her as their own daughter. In 2010, Shelia Eddy became friends with Rachel Shoaf. That same year, Shelia moved to the University High School where Skylar was attending. Shelia then introduced Skylar to Rachel and eventually, all three girls became inseparable.

Skylar went home from work on July 5, 2012. But the next morning, Dave was shocked to discover that her daughter wasn’t in her room. He later discovered that Skylar’s window screen had been removed and he also found a hidden bench that his daughter used to help her climb in and out of the window. At that point, he realized that Skylar wasn’t home the night before.

Later that day, Skylar’s parents learned that she had missed work- something she had never done before. They immediately called 911 to report her missing. Police officer Bob McCauley of the Star City, West Virginia police department responded to the call and launched an investigation to find Skylar Neese. Later that night, Shelia Eddy called Dave and Mary and told them what happened the previous night.

According to Mary, Shelia had told her how she, Rachel, and Skylar slipped out the previous night and proceeded to drive around Star City. They all got high and dropped Skylar off at their house later that night. But according to Mary, the two girls dropped Skylar off at the end of the road because they didn’t want to risk waking up Skylar’s parents up as she snuck back in

Sheila and Rachel Shoaf convinced Skylar to sneak out with them on that night of July 5. They convinced her that the reason they wanted her to come out was because they wanted to work on fixing their friendship. Skylar initially hesitated but eventually relented after being bombarded by numerous calls and text messages from both Shelia and Rachel. They picked Skylar up around 11 p.m. and returned her home before midnight. 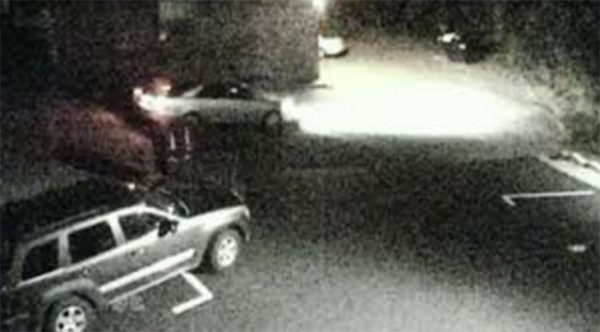 Surveillance footage shows that at 12:30 a.m., a car pulls up in front of the Neese’s apartment. A few minutes later, Skylar can be seen climbing out of her window and hurriedly enters the car, which quickly drives away. She never came back. According to Dave, when he first realized that Skylar had disappeared, he was terrified. He was “scared to death.” He had no clue where his daughter was.

Investigations revealed that the girls headed north via U.S. Route 19. Their plan was to drive along U.S. Route 7 from there, but upon seeing a State Police car parked in front of a gambling lounge, they turned around and ended up driving toward Blacksville.

Shelia Eddy and her mom volunteered to help Dave and Mary Neese scour the neighborhood for Skylar on July 7. Rachel Shoaf, on the other hand, had left for summer camp for two weeks. Two days later, news about Skylar’s disappearance was already spreading via television, radio, and the internet. But days turned into weeks, and Skylar was still missing. 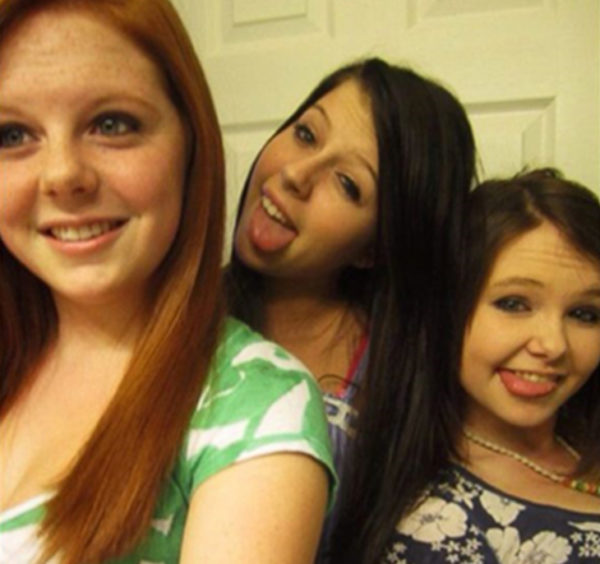 Police initially believed that the girls may have gone to a house party where Skylar might have overdosed. According to Corporal Ronnie Gaskins, there were rumors that Skylar had overdosed on heroin. He said that when she supposedly died, people at the party could have panicked and disposed of the body.

One of the investigators working on the case was Jessica Colebank. According to her, the first time she spoke with Shelia Eddy, she thought her behavior was suspicious. She said that Shelia displayed the total lack of empathy. As for Rachel Shoaf, Colebank thought that she was very nervous the first time she spoke to her. Their stories were exactly the same. “No one’s story is exactly the same unless it’s rehearsed,” she said. “Everything in my gut was, ‘Shelia is acting wrong. Rachel is scared to death.’”

Shelia Eddy and Rachel Shoaf’s story didn’t add up. So, when authorities proved through phone records and surveillance video that both girls were lying, they told Dave and Mary Neese that Shelia and Rachel were hiding something. Soon, Shelia and Rachel were being pressured by everyone, including Skylar’s parents and classmates to come clean. 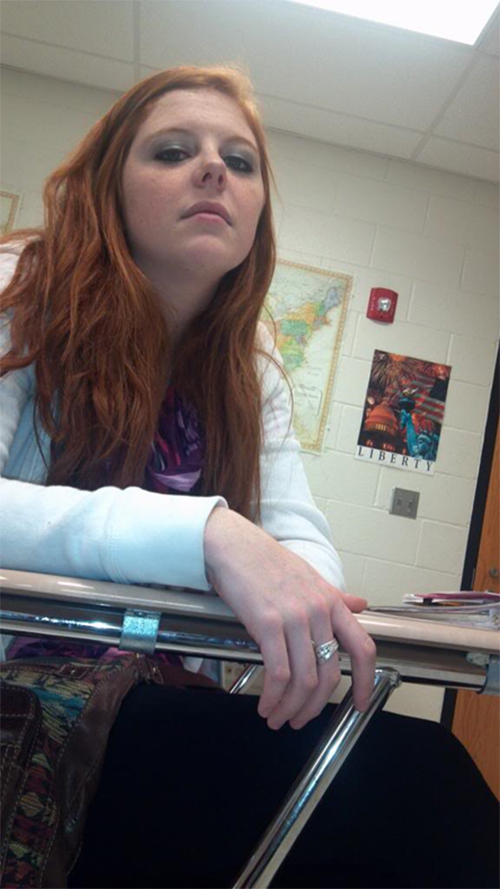 Then on December 28, 2012, Rachel Shoaf was sent to a local psychiatric hospital due to a nervous breakdown. At that point, she no longer had contact with Shelia Eddy. After being discharged on January 3, 2013, Rachel could no longer stand it. She confessed to police and her attorney that she and Shelia stabbed Skylar to death. Rachel’s statement blindsided the police.

The investigation revealed that it was Shelia’s car that pulled up in front of the Neese’s apartment on the night Skylar disappeared. There were also traces of Skylar’s blood inside Shelia’s car. But despite the overwhelming evidence, Rachel still did not implicate Shelia in the crime. After confessing to the murder, Rachel Shoaf agreed to take police to the crime scene to locate Skylar’s body.

The investigation uncovered some overwhelming details on the night of Skylar’s murder. Shelia and Rachel chose the spot where they smoked marijuana as the place where they would murder Skylar- they had been planning for it for months. Shelia and Rachel each carried a kitchen knife concealed underneath their clothes. They left the bleach, cleaning cloths, and shovel in Shelia’s car to be used later after they have carried out their plan. 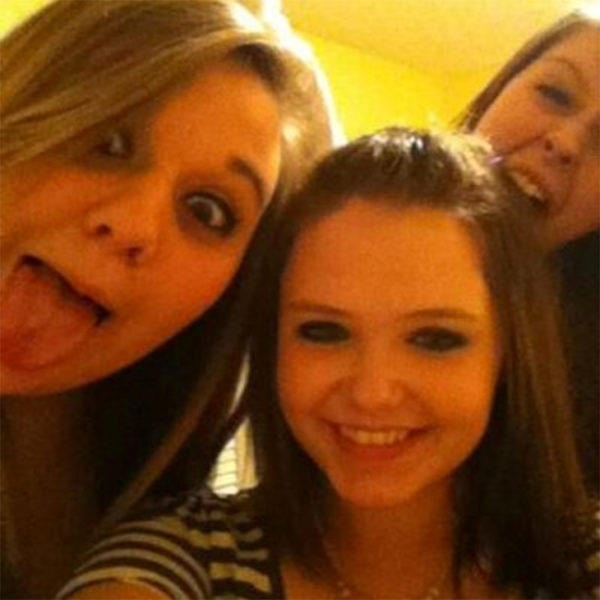 As the girls were out of the car, Shelia and Rachel said they forgot to bring a lighter. Skylar quickly went back to the car to fetch hers. Once her back was turned, Shelia and Rachel counted to “three” and began repeatedly stabbing Skylar with the kitchen knives they brought from home.

Skylar made a desperate attempt to run but Rachel tackled her to the ground and continued assaulting her. Skylar wrestled the knife from Rachel and cut her knee with it. But Shelia wasn’t far behind. When she caught Skylar, she continued to stab her until her neck “stopped making gurgling sounds.” Skylar has stabbed a total of 50 times.

Shelia and Rachel dragged Skylar’s body to a spot where they planned to bury her. But the soil was hard and rocky, so they covered Skylar’s body with fallen branches, dirt, and rocks. Both girls returned to the car to clean themselves up and make sure that no trace of what they had done was left behind. They threw away their blood-soaked clothes, drove away, and returned to their respective homes.

But their crime caught up with them eventually. On May 1, 2013, after months of investigation, Rachel turned herself in at the Mongolia County Circuit Court. And with her cooperation, Skylar’s body was found. The discovery of her body and her blood in Shelia’s car were sufficient evidence to apprehend Shelia. And when asked why they killed Skylar Neese, Rachel’s only and chilling response was, “We just didn’t like her.”

Rachel Shoaf was later transferred to criminal court. In a closed hearing, she was charged as an adult. After pleading guilty to second-degree murder, she was moved to the Northern Regional Juvenile Detention Center in Wheeling, West Virginia where she faces 30 years in prison. 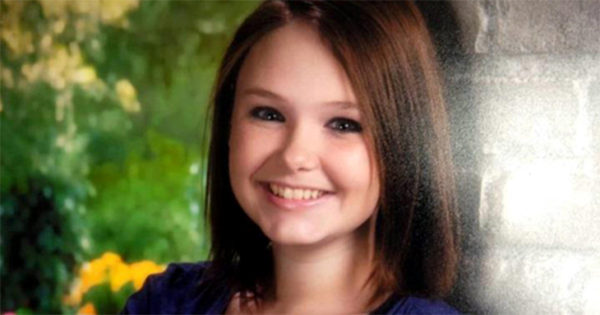 According to the court’s transcript, other students knew of Shelia and Rachel’s plan to kill Skylar, but they dismissed it as just a joke, so they didn’t report it. In Rachel’s plea agreement, she pled guilty to murder in the second degree by “unlawfully, feloniously, willfully, maliciously and intentionally causing the death of Skylar Neese by stabbing her and causing fatal injuries”. Rachel’s family issued a public apology for her crime.

On May 1, 2013, Shelia Eddy was arrested in a restaurant parking lot. She was later charged as an adult and pleaded guilty to first-degree murder. She was sentenced to 15 years to life in prison.

For Dave and Mary Neese, moving on after their only child’s murder was a struggle. Dave would often drive 20 miles to visit the site where her daughter was brutally killed. “Something horrible happened here. But I wanted to take the horrible thing that happened here and try to turn it into something good — a place that people can come and remember Skylar and remember the good little girl that she was, and not the little beast that they treated her like,” Dave Neese said.