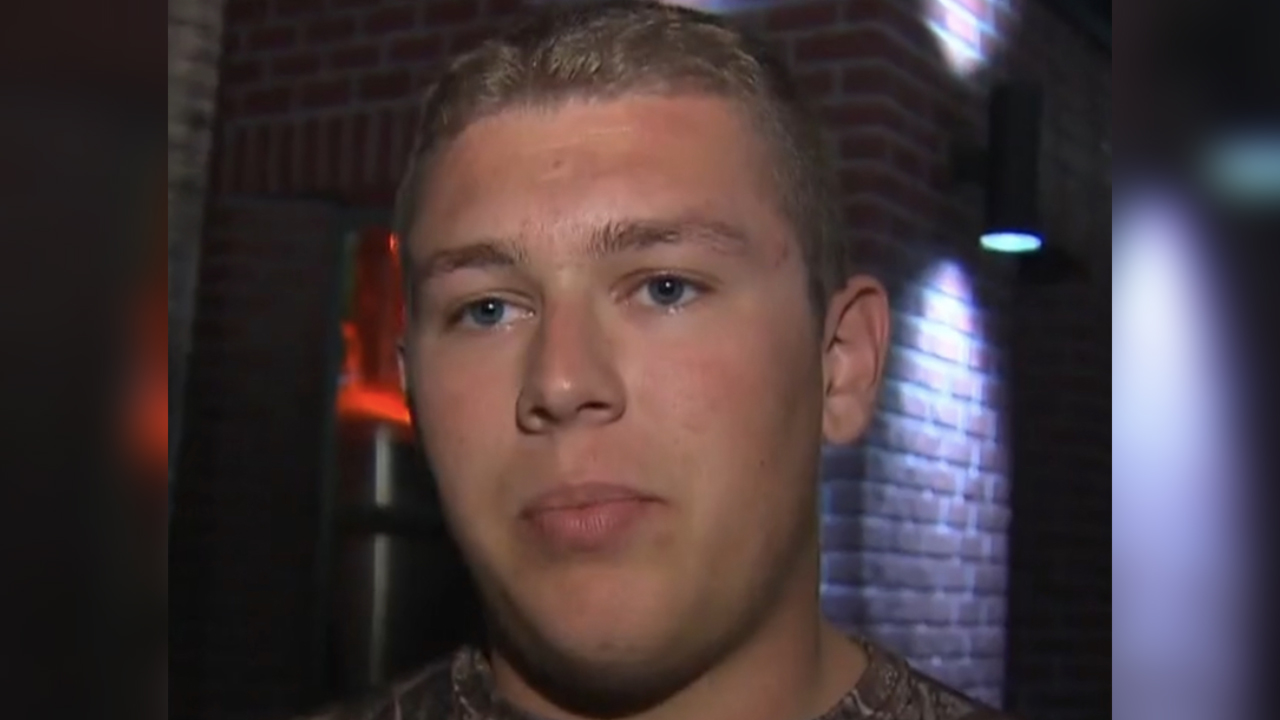 [TFTP] On Wednesday night, CNN held what they tried to convince viewers was an ‘objective’ town hall setting to discuss gun control. To add credibility to their “objectivity,” CNN had on NRA representative Dana Loesch on the ostensible ‘pro-gun’ side and an entire panel of anti-gun students, police, and audience. While the agenda was clearly visible on the surface, it’s what happened behind the scenes that has a Marjory Stoneman Douglas High School student speaking out.

Colton Haab, as TFTP reported this week, was one of the heroes in the tragic shooting in Parkland, Florida. This JROTC Junior explained how as soon as he heard gunshots ring out, he jumped into action and ushered as many as 70 students into a room where they used bulletproof Kevlar mats from the ROTC’s marksmanship program as shields, in case they were discovered by the shooter.

“We lined [the students] up into the wall and along the back of the wall…and from there I was standing with my first sergeant and I said, ‘these are kevlar, these are bulletproof material,’” Haab said. “We started moving the kevlar sheets forward.”

It was likely for this reason that CNN wanted to have him on. However, it was likely the next part of what he said which made CNN script the entire Town Hall and not allow Haab to speak his mind or ask his questions.

Earlier this week, Haab argued that if the hero Football Coach Aaron Feis, who gave his life to save students, was allowed to have his gun on campus, he could have taken down the shooter. In an interview with Fox News, Haab said:

“I believe if we did bring firearms on campus to teachers that are willing to carry their firearm on school campuses—and they got their correct training for it—I think that would be a big beneficial factor for school safety. Because if Coach Feis had had his firearm in school that day, I believe that he most likely could’ve stopped the threat.”

CNN—who clearly has their anti-2nd Amendment agenda—could not allow such a narrative to take place on their show which they could not control. So, instead of allowing Hass to ask his own questions and make his own statement—they gave the high school student hero a script.

“I expected to be able to ask my questions and give my opinion on my questions,” Haab said.

Instead of being a pawn for CNN’s agenda, this stand-up high school junior refused to go on the show.

“CNN had originally asked me to write a speech and questions and it ended up being all scripted,” Haab told WPLG-TV.  “I don’t think that it’s going get anything accomplished. It’s not gonna ask the true questions that all the parents and teachers and students have.”

“Colton Haab, a member of the Junior ROTC who shielded classmates in the midst of terror says he did not get to share his experience,” WPLG’s Janine Stanwood explained. “Colton wrote questions about school safety, suggested using veterans as armed school security guards but claims CNN wanted him to ask a scripted question instead so he decided not to go,” reported Stanwood.

And just like that, this is how objectivity in the media is portrayed.

For those familiar with CNN’s past, scripting questions is nothing new. During the 2016 election, CNN helped Hillary Clinton—in another ostensibly “objective” town hall meeting—use a child actress to promote her agenda.

After that, as London reeled from the tragic terror attack in June of 2017, countless Muslim groups across the world issued real statements decrying the terror attack, with some even going so far as to issue a fatwa against the terrorist regime. However, CNN, for some reason, felt it was necessary to stage their own.

Yellowstone Magma Chamber Under Immense Pressure After Deformation, Experts Warn
Cop Suspended As Video Shows He Cowered in Fear as Shooter Slaughtered Kids in The School