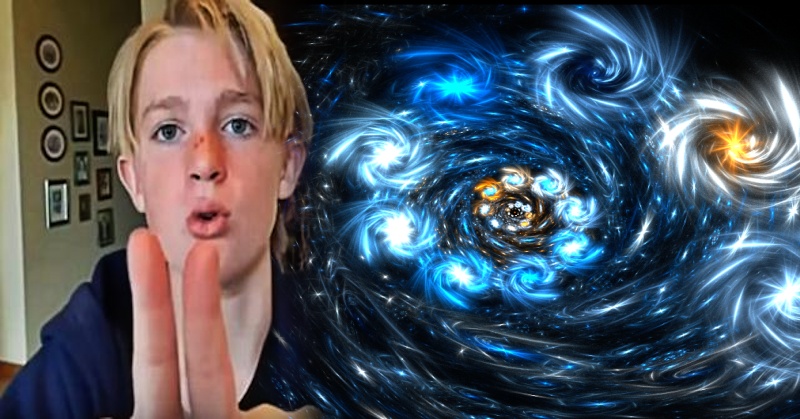 The CERN (the European Organization for Nuclear Research) facility in Switzerland has been a subject of conspiracy theory for several years now.

A fundamental part of the Internet’s history lies in CERN.

Some people believe CERN’s particle accelerator is capable of ripping a hole in the fabric of time and space, or this dimension. And others believe that occultists in power are trying to use CERN for something we don’t quite understand.

Now a young genius is giving people reason to think about CERN, as he recently stated that he believes CERN actually destroyed our universe, and now we exist in an alternate one.

While some suggest he was set on this track of thinking by his parents who want him to be ambitious, maybe he has an intuition about the strangeness of CERN.

People have reasons to associate CERN with occultists.

First, an alleged mock human sacrifice took place in front of CERN (in front of the Shiva, the destroyer statue). It was later called a “prank.”

Why would a statue of the god of destruction Shiva be placed in front of CERN? Symbols aren’t haphazardly placed by powerful people. Powerful people tend to care about symbolism very much.

This bizarre ceremony for a tunnel in Switzerland opening near CERN was recorded a few years ago. It depicts goat symbolism (thought to be a reference to Capricorn), symbolism involving the trapezoid (a 360 degree geometric shape thought to represent a perversion of the 360 degree circle), and other symbolism commonly displayed by the type of powerful individuals you’d find in a fraternal order or secret society.

These are actual images from the tunnel ceremony. A lot of it centered around this character dressed as a goat, who would make hysterical, not so benevolent noises kind of like the character “Bob” from Twin Peaks. 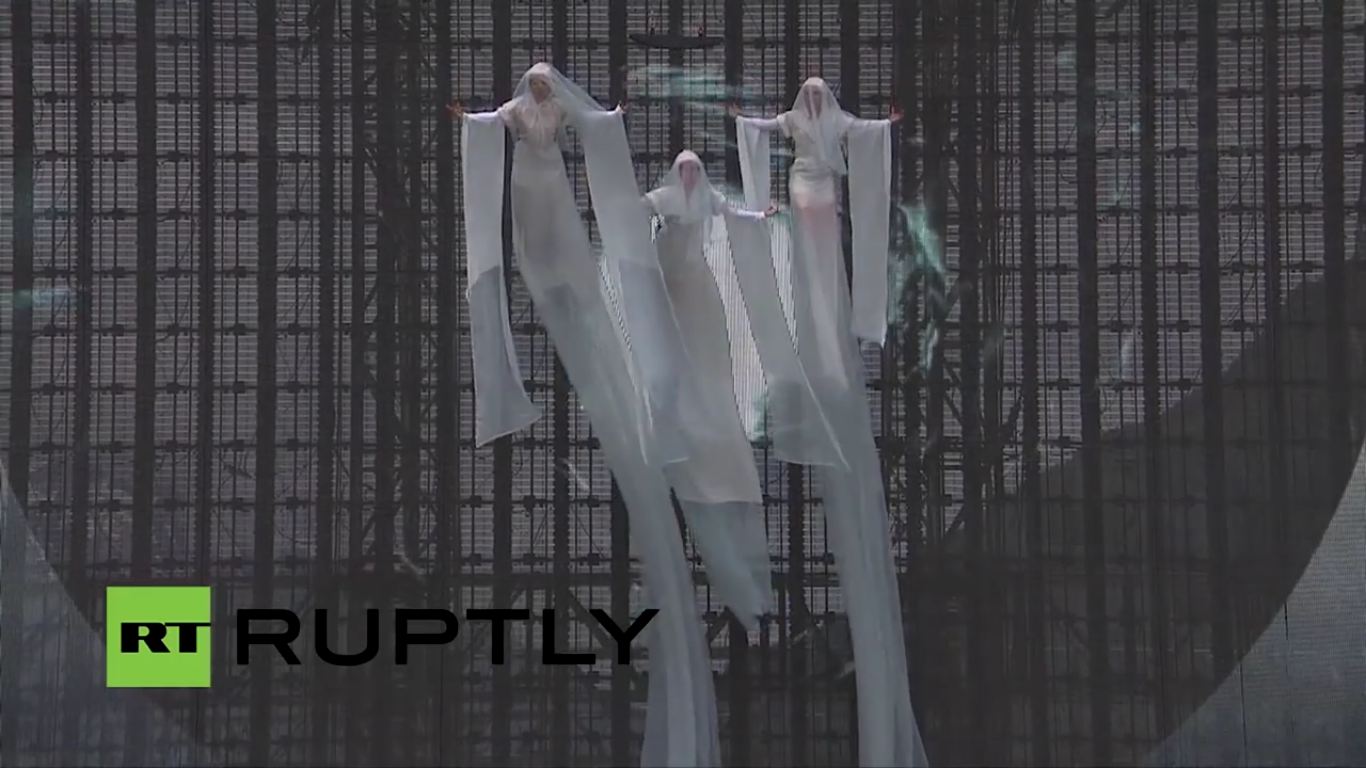 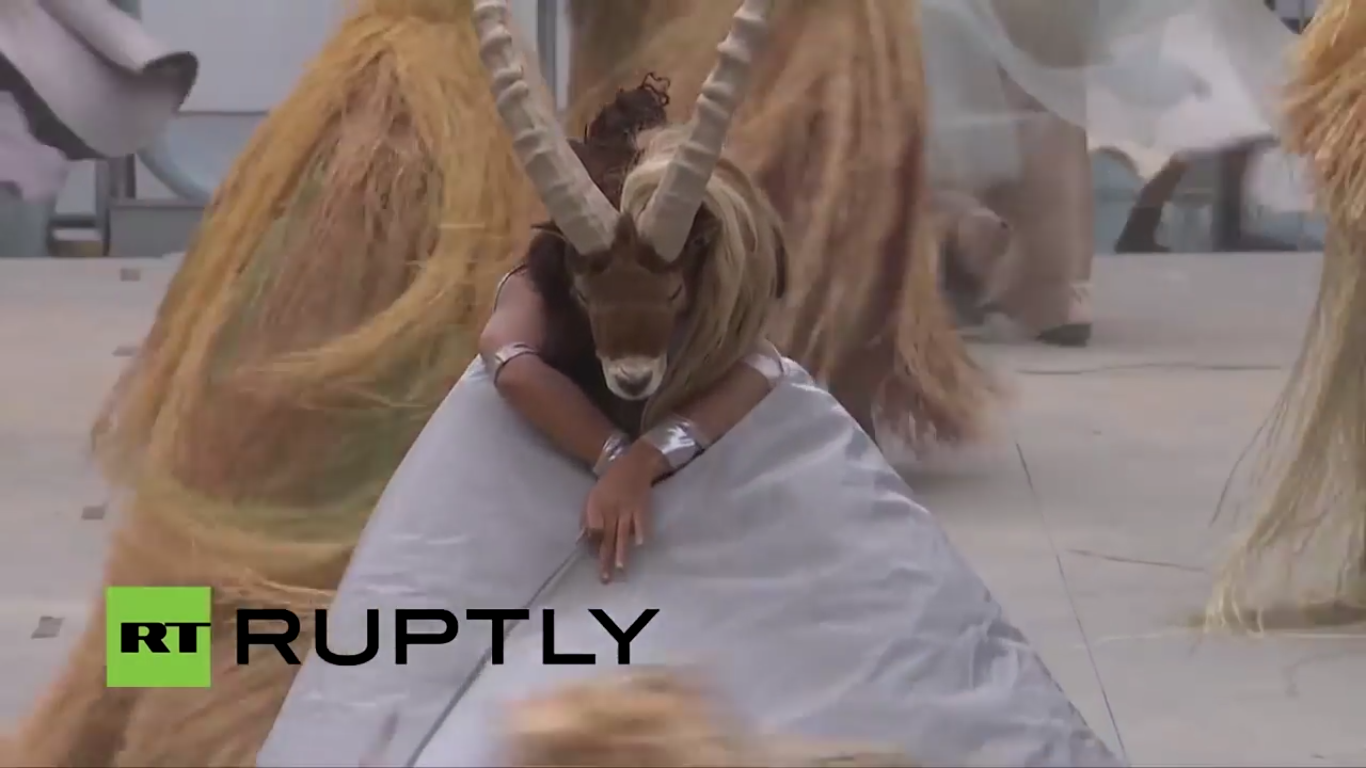 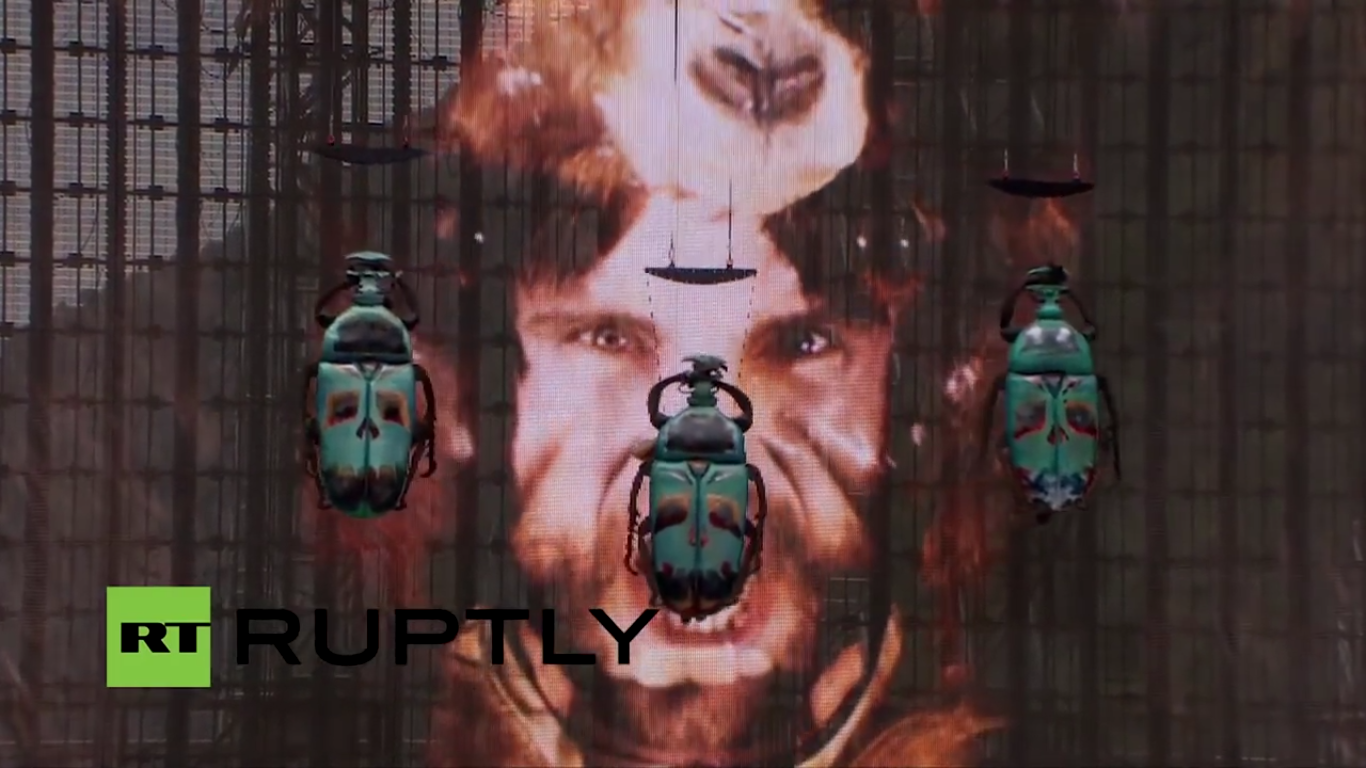 Why a goat? Ask the powerful people who worship that kind of thing.

Hard evidence that powerful people do in fact still revere or worship Saturn, or Capricorn, or the goat was revealed last year, when Marina Abramovic was exposed inviting the Podestas over for a spirit cooking dinner in the WikiLeaks emails. Marina has a history of being obsessed with the same symbols. 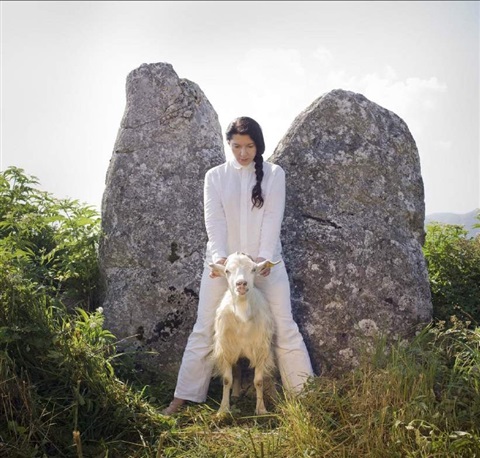 She painted a message on this wall with animal blood, stylizing “G” as “6” (Saturn is the 6th planet), and “Q” as the symbol of Saturn’s astrology sign Capricorn. The goat is of course the symbol of Capricorn.

This is the woman who invites high level politicians and power players to dinner: and this is nowhere near the first example of powerful people displaying strange goat symbolism. 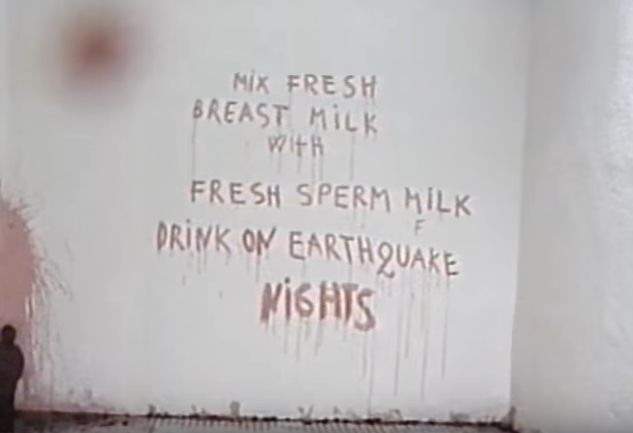 This is relevant because since the days of Ancient Rome, elite occultists have revered and worshiped Saturn and its sign Capricorn. The Julian and now Gregorian Calendar is based around Capricorn: the New Year starts with the Sun in the heart of that sign.

As Capitol Hill in Washington, D.C. was named after the Roman “Capitoline Hill,” and as the Freemasons who founded the United States seemed to revere Rome and Capricorn/Saturn/Goat symbolism, the trend seems to continue today.

Since all of this occult behavior is tied to CERN, what is CERN really trying to do? Maybe this kid had an intuitive feeling about CERN being odd.

Continue Reading
Advertisement
You may also like…
Related Topics:cern