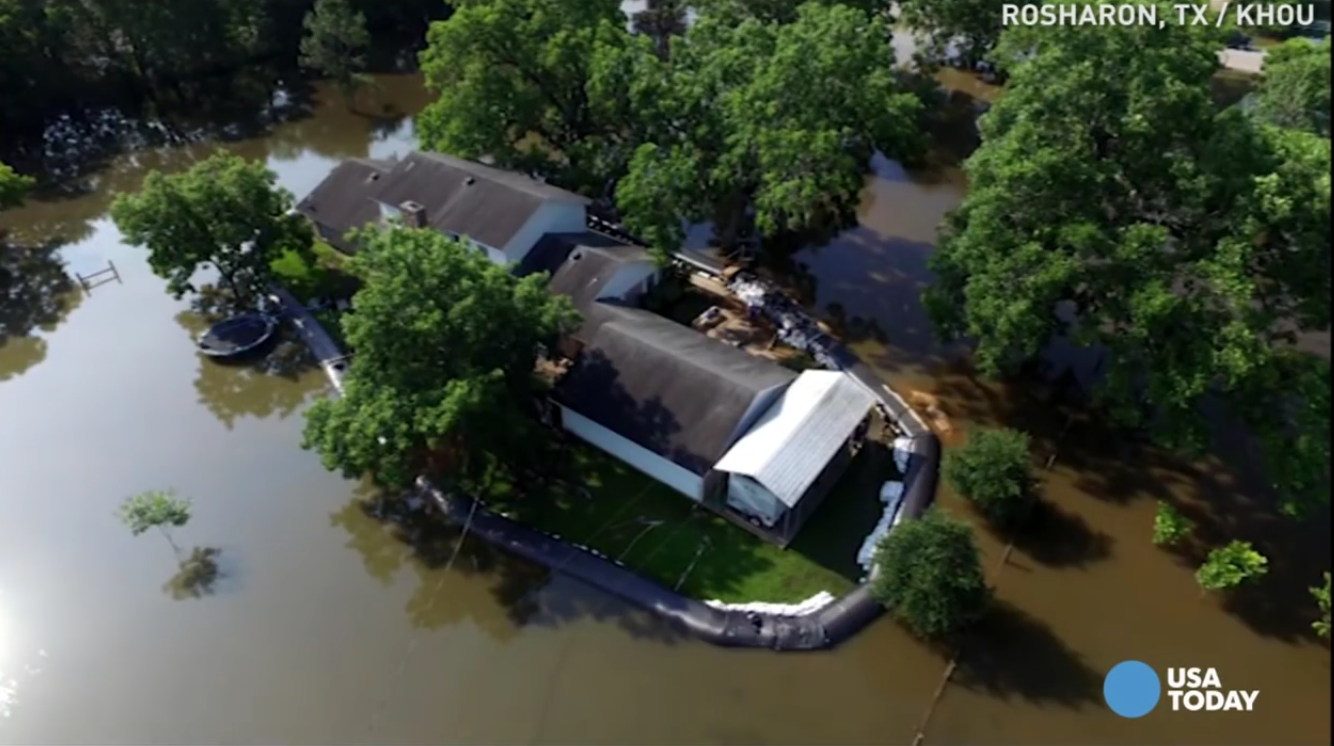 The people of Texas are dealing with one of the worst floods in recent history. Fortunately, an enormous amount of people evacuated before suffering the consequences, and loss of life has been much less than loss of property.

“In some ways, I think this event is going to far surpass what we saw in Tropical Storm Allison,” said director of the atmospheric sciences program at the University of Georgia, J. Marshall Shepherd. “The steering currents that would normally lift it out of that region aren’t there.”

Texas has a culture ripe for “preppers”: many people in Texas are the type to be prepared for such a disaster.

One such man was Randy Wagner: he traveled from Texas to Louisiana to purchase an $8300 Aqua Dam, and after the floods of 2016 the dam protected his house. The dam was 30 inches tall, and the floodwaters only had a depth of 27 inches. He said people called him crazy:

“I was the crazy guy. Everybody was kinda, y’know, goin’ by laughing at me. But today they’re really impressed with this,” Wagner explained.

The negative atmosphere surrounding preppers in the media was well explained by Storage Prepper:

“A lot of people view preppers in a negative light given the way most media outlets portray them. All too often the focus is on paranoia of a looming apocalypse, but the prepper lifestyle is incredibly advantageous especially during a natural disaster.”

This goes to show that people are quite disconnected from the ability to survive. People could benefit from a deeper connection to nature, survival, cultivating food, and a variety of other skills.

Continue Reading
You may also like…
Related Topics:aqua dam